For in the sun and do a lot of outdoor activities and tours, then plan to visit Langkawi between January to March. In fact in anticipation of good rainless weather, the tourist flow actually starts from October end or November beginning and continues well into April.

This period also happens to coincide with many international school holidays. The ocean remains calm allowing all water based activities and boat & snorkel tours to take place. However, note that while the high season in Langkawi is the dry spell, this also happens to be the hottest time when the maximum daytime temperature hovers around 34°C (i.e. 93°F). With humidity level well over 85°F during the day time, prepare to sweat a lot if you are exposed to the sun.

Also note that during the high season the hotel tariff, car rental rates and even tour package prices shoot up taking full opportunity of the demand. Hotel bookings start several weeks & even months in advance. So unless you make reservations well in advance, there won’t be any good accommodations left. And in popular touristy places like Pantai Cenang and Pantai Tengah, you may not get any hotel accommodations at all.

But many returning tourists prefer to visit Langkawi between April to August. This is also called the mid season. While there will be occasional rains with cloudy sky and sometimes thunderstorms, but they are short lived. It usually showers in short spurts in the late afternoon or evenings and thus helps in pushing the temperature down below the thirties.

But the best part is there are not many tourists. The island looks so clean and everything so easily accessible including the beaches and all the attractions. Beaches will be quite empty and you can merrily swim as long as you want. There won’t be many jet skis to zoom by with a scaring speed. And you won’t have to queue up at the restaurants to have your food.

Another great advantage is the price. This is the time when the hotels start offering heavy discounts. Some mid range and budget hotels go on to offer almost 50% discounts on their normal rates. The tour package prices as well as the car rentals also come down significantly. Even in the mid-season, the wind speed remains slow & gentle, and the ocean mostly remains calm, and all water based tours and activities continue to operate.

However one thing to note during this period is the month of Ramadan. Being essentially a Muslim state, most islanders will fast from sunrise to sunset, leave work early and go home. As a result many establishments and operators either close early or sometimes remain closed.

September to October is the rainy season in Langkawi and this is the period which most tourists like to avoid. But the fact is even during the rainy season, it rains only for about 2 hours a day but usually in the late afternoon and at night. So you do get enough dry time and sunshine during the day (about 6 to 7 hours on an average). September is also one the coolest months with average temperature around 27°C.

So if you like some rains, love to see the lush rainforests & landscapes in full bloom & greenery, and want to avoid the scorching sun beating down the whole day, then this is the time to choose. But one downside of this period is sometimes the ocean would swell and become rough, thus restricting the boat tours and water based activities. 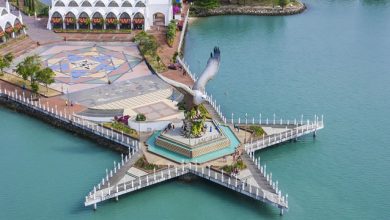 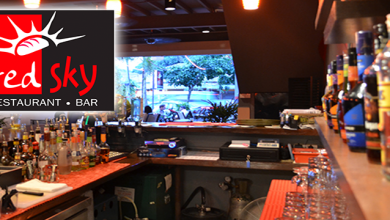